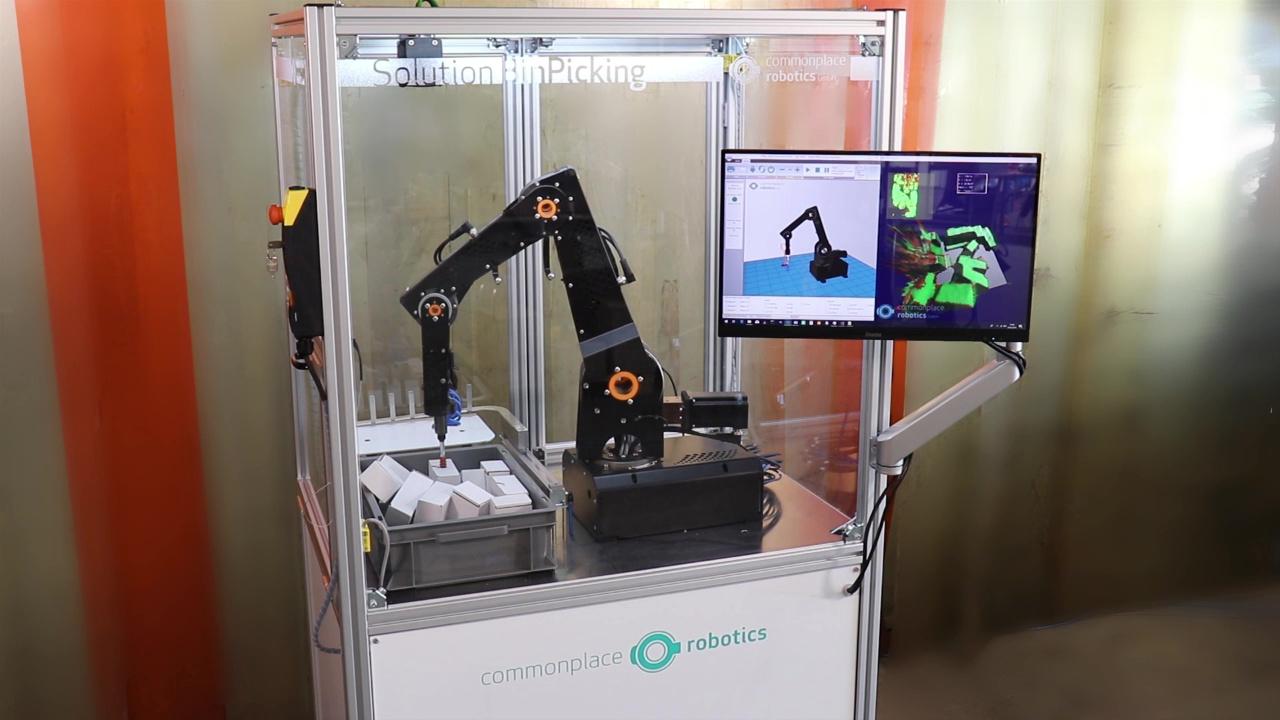 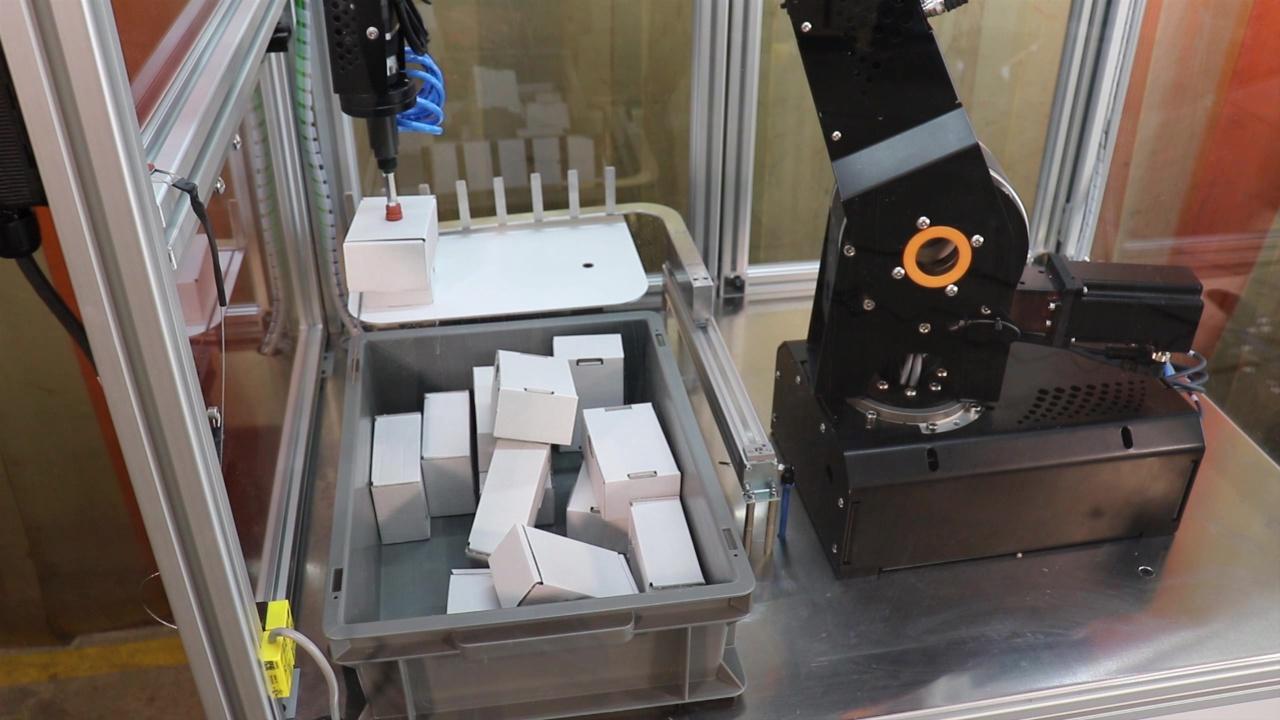 Commonplace robotics shows how to combine a low cost robot with a 3D vision system at an affordable price.

Industrial SMEs are struggling to catch up with digitization. But the shortage of IT specialists is making it difficult to get started with automation and Industry 4.0. The remedy is a robot cell that can be operated intuitively - even without IT professionals.

For years, employees placed components in a CNC milling machine, thousands of times in three-shift operation - tiring work. That's why the workers now have a robotic arm do this work for them. Even as IT laymen, the employees themselves can determine which movements the artificial colleague has to perform. The Windows-based CPRog operating software from software specialist Commonplace Robotics is almost as easy to use as a smartphone. At its heart is a 3D simulation of the robot arm. A digital twin of the real robot. Instead of programming, employees define the start and target positions of the arm on the monitor of the control computer with mouse clicks. The software calculates movement paths automatically. "The automation process is already complex enough for companies. We don't want to add complexity from the IT side," says Christian Meyer, managing director of Commonplace Robotics. "After years of development, the robotic arm is now so easy to operate that farms can experiment with automation without IT professionals."

With this complete solution, Commonplace Robotics is responding to a problem that industrial companies are facing: the shortage of skilled workers. According to a study by McKinsey, companies cite this as the biggest hurdle to introducing Industry 4.0. Especially in rural regions. "With the exception of Japan, the skilled labor problem is not as great in any country as it is in Germany," confirms Andreas Behrendt, a McKinsey partner in Cologne. IT specialists are in demand everywhere. Meyer: "To ensure that the skilled labor deficit doesn't become too big an obstacle to automation, we focused on simple and intuitive operability when designing the pick-and-place robot."

The automation solution developed by Commonplace Robotics in cooperation with the Cologne-based plastics expert igus supports industrial companies in automating manual tasks in production and logistics. This includes, for example, feeding components into a CNC milling machine or an injection molding machine. robolink from igus is responsible for this "reaching into the box" - a robot arm mounted in a 110x70x185 centimeter robot cell. The arm moves over five axes in a range of 790 millimeters, takes components weighing up to 2.5 kilograms out of the crate with a vacuum suction gripper and places them in the machine - with a repeat accuracy of 0.8 millimeters and a speed of seven picks per minute.

The components in the crate can even lie on top of each other and be wildly jumbled. This is because the robot arm perceives their position in all three dimensions thanks to a 3D camera from ifm. Employees therefore neither have to insert components nor waste time sorting them. "With the robotic cell, industrial companies have the opportunity to relieve employees of monotonous tasks and increase their productivity," says Meyer.

Investment in robots pays for itself after five months

The complete solution responds to another automation hurdle that is widespread: financing and the lack of economic transparency. According to the Mc-Kinsey study, 61 percent of companies see the lack of return on investment (ROI) as a hurdle to the Industry 4.0 transformation. To reduce the investment risk, Commonplace Robotics and igus therefore rely on low-cost robotics components. The robolink robot arm, for example, costs €3,845, which is many times less than competing systems that often cost tens of thousands of euros. In addition, companies do not have to laboriously collect individual parts. On request, there is even a complete turnkey solution - including robot cell, safety technology and control system. "Our complete solution offers industrial companies the opportunity to benefit from the advantages of automation at a low investment risk," says Meyer. "The investment in the robotic cell usually pays for itself in three-shift operation after just five months."

One reason for the low price: the robot arm is made of high-performance plastic - a high-tech material that allows more cost-effective production compared to metal. The low maintenance requirements also have a cost-cutting effect, as the plastic joints allow dry running without lubricants. And repairs are also simple, as repair instructions are documented on the Internet. In addition, igus offers a spare parts supply within 24 hours.

If industrial companies have acquired a taste for automation with the complete solution, they can drive the transformation further with the help of RBTX. RBTX is an online marketplace that brings together manufacturers of low-cost robotics. With the help of a configurator, users can put together an automation solution on the Internet. The electro-mechanical basic framework is formed by robots from igus, among others, including jointed-arm robots, delta robots and Cartesian robots. The user expands this basis with individual components from different manufacturers, such as grippers, cameras, software, power electronics, motors, sensors and controllers.

The user does not have to worry about compatibility. "Our engineers have combined all components of the online marketplace RBTX so that a smooth interaction is guaranteed," says Norman Franke, Head of Automation Injection Molding at igus. "Thus, the smooth entry into the world of automation of production and logistics is successful." 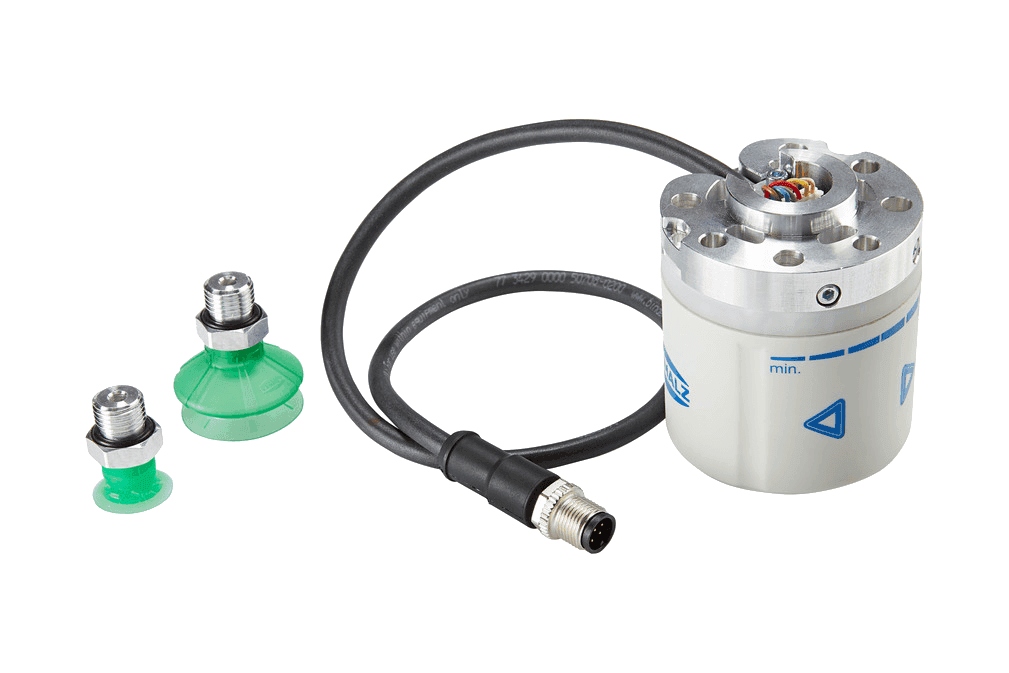 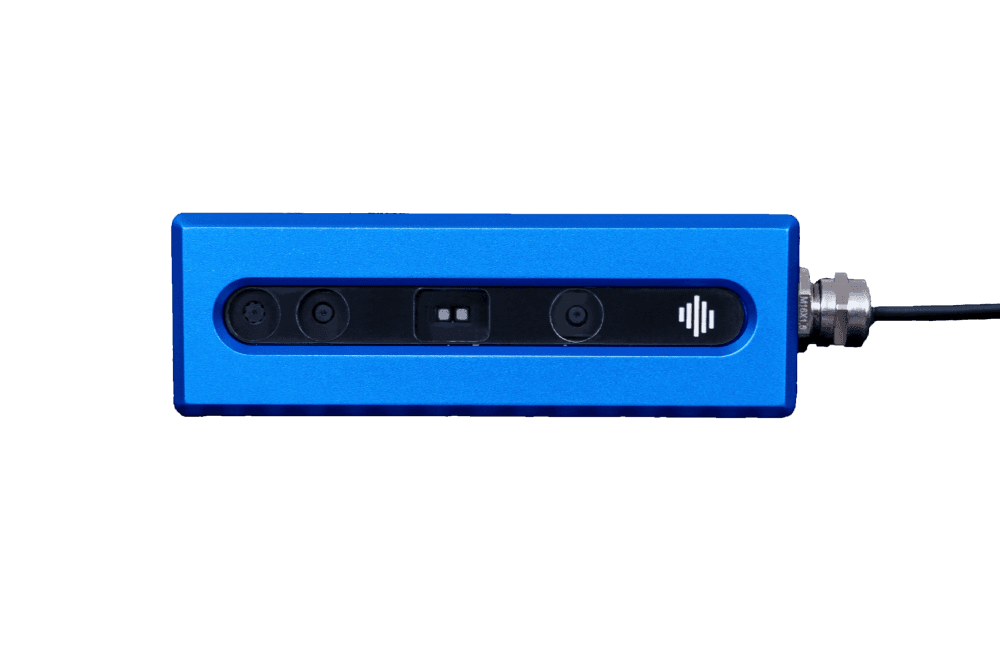 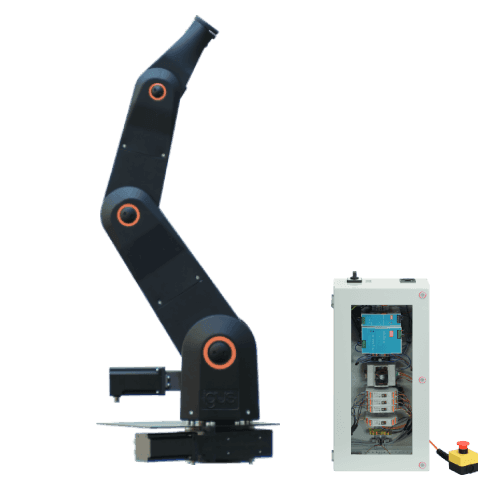 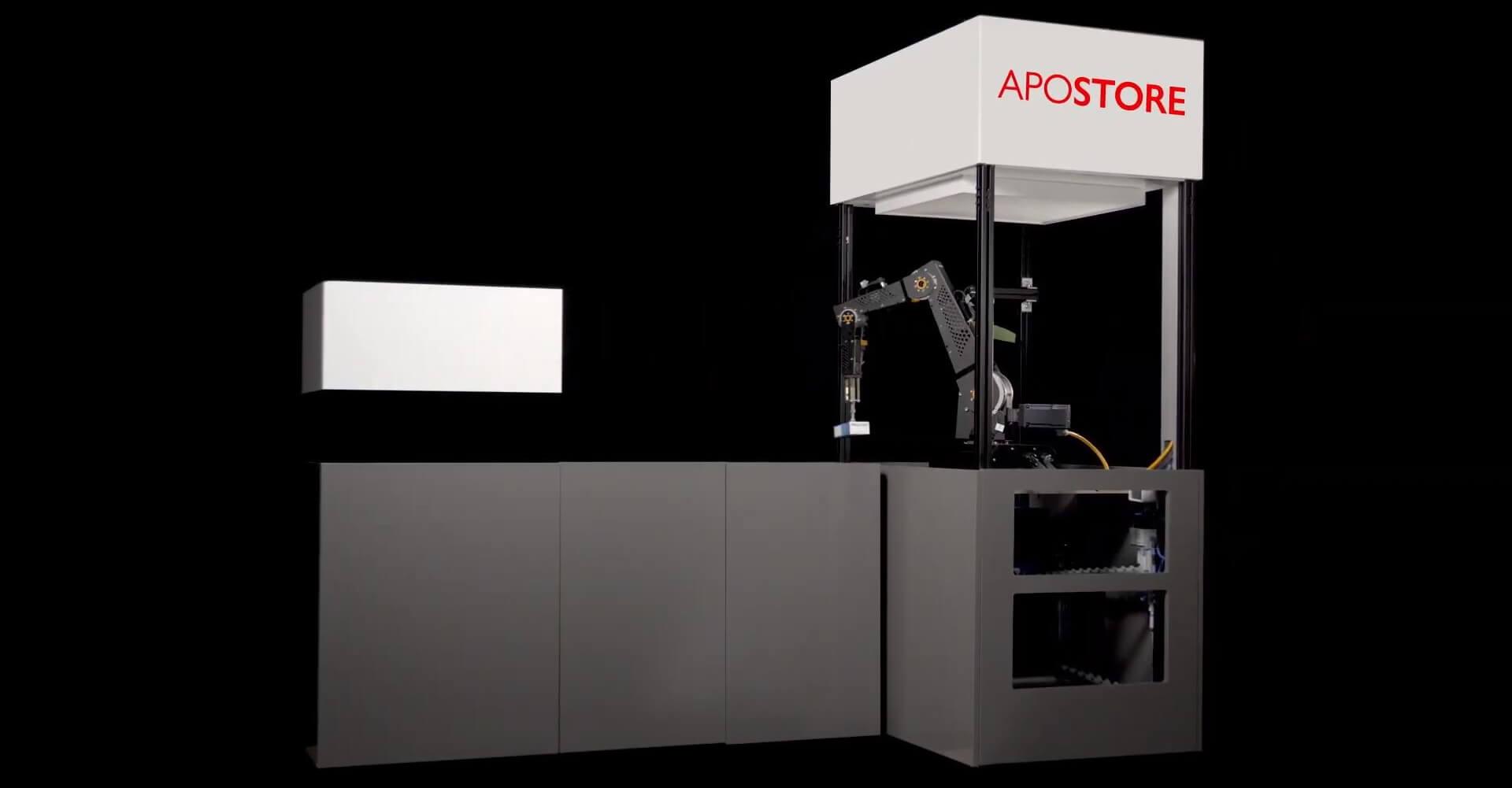 Autonomous flow of goods with pick and place robotApostore GmbH‌ 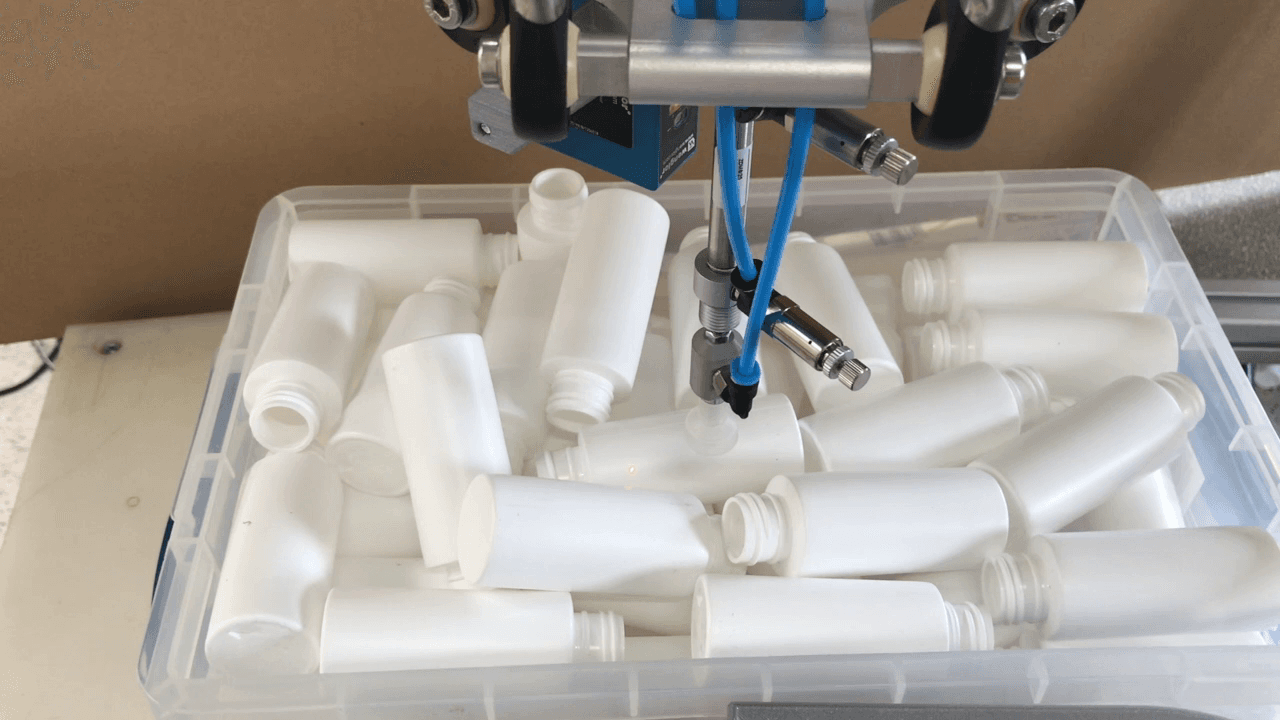